Top 200 cities  |
Sign up your company for free
Pages24 is a great new modern business directory in the USA. Here you quickly and easily find important business information such as phone, address and website links for companies, restaurants, hotels, services and entrepreneurs among others. Why are we different from the rest you ask? Clients can easily find the best businesses and services around. Businesses can register themselves and, after a quick confirmation from us, start posting photos, logo and description of their business, keyword, news and promotions instantly optimizing their internet presence.
Ask someone who knows!

Incredible service and people, any time anybody needs help with anything handy they should be calling these guys

Affordable Interior Painting New York was super affordable, professional, reliable, and friendly! Definitely recommend them and will call them for any future ...

I have spent a great time here! During my last visit we went to The Butcher Shop with a huge group. We ordered burgers and sausages, then after we take ...

All industries in alphabetical order 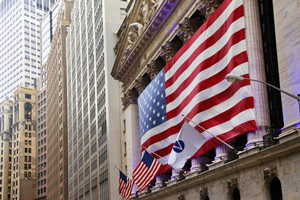 Markets in the US

Washington Andrews A F B

A free enterprise system, the US produced a nominal GDP (gross domestic product) of approximately $17.3 trillion based on 2014 data (according to the International Monetary Fund). The United States has free trade agreements in force with 20 countries. The most important one is the so called NAFTA agreement with Canada and Mexico.

Regulatory environment. The U.S. regulatory environment is a combination of open competition and consumer protection. A good example is the Consumer Product Safety Improvement Act, a federal law passed in the summerof 2009, makes it illegal for anyone to sell children’s toys, books, clothes or jewelry and certain other goods if the items contain more than trace levels of lead or phthalates. Violators face potential prison terms and fines of up to US$100,000 per violation. The Act applies not only to new items but existing stock as well.

Incorporation. This interstate clause is the reason why every state has its own requirements for incorporation. Therefore there is no such thing as a U.S. corporation per se. Each of the fifty states has its own laws governing the creation of legal entities, corporations included. So, in the case of corporations, there are Delaware, New York, Florida, California, Illinois, etc. corporations. However founders can easily access the necessary information by looking up the website for that state's secretary of state. Most of them provide the forms for incorporation and a short description of the type of business entities available in that state as well as links to the state's statutes which govern the various corporate legal entities on their website. Of course you can also use an incorporation service or an attorney to draft and file the papers on your behalf.

Business entity. There are a variety of business entities that one may form in the United States – Wikipedia lists 10 different entities – which can be broadly segmented into corporations (Corp. = Corporation, and , Inc. = Incorporated), partnerships (e.g. LP = limited partnership) and Limited liability companies (LLCs). The tax and legal implications of each vary considerably, and some states do not allow for creation of LLCs. To understand these business forms thoroughly, you should consult with a U.S. accountant and attorney.

Employees’ rights. A minimum wage for employees does exist for each state – you can find a list for minimum wages in effect for 2014 here. Another financially significant program is the Social Security Act that provides retirement, disability and health benefits. The program is funded by a payroll tax imposed on both the employer and the employee.

Target audiences. In the US a record 37.6 million persons ages 5 years and older speak Spanish at home, according to an analysis of the 2011 American Community Survey by the Pew Research Center. It is therefore no big surprise that Latinos in are driving the growth. 20 to 40% of YOY revenue growth in major retailers like Walmart or Target will be driven by Latinos. 1.1 million latinos will turn 18 every year for the next 20 years. Solomon Trujillo said in 2011 while addressing bright Latinos at Stanford University. According to the U.S. Census Bureau, that number is going to grow exponentially to a projected 133 million by 2050. The numbers pretty much speak for themselves: the Hispanic consumer marketplace is growing in numbers, regions, and influence. Any entrepreneur ignoring this would be foolish.

Opening hours and work culture. In the United States the hours from 9 am and 5 pm are typically considered to be standard business hours, although this varies by region due to local tradition and the need to conduct business by telephone with people in other time zones. For instance, business in Chicago is often conducted between 8 am and 4:30 pm, while in New York City, business hours tend to be later—for instance, from 10 am to 6 pm. On Saturdays businesses are usually open from 8 or 9 am to noon or 1 pm. Typically lunch time in the US is anywhere between 11:30 P.M and 1:00 PM.  For the most part people tend to spend around 30 min for their lunch time. Typically, people go out for a quick lunch, or bring in their lunch box from home. Some of them prefer to eat at desk to save lunch time and do parallel work or do something else. It is very common for people in US to eat at desk. Meetings are an integral part of corporate work culture in America. People tend to schedule lot of meetings to discuss and plan a variety of things. Meetings are usually started exactly on time.

Note: All answers are general in nature, not legal advice and not warranted or guaranteed. Readers are cautioned not to rely on this information. Because laws and legal interpretation of the laws change over time and in different jurisdictions, it is imperative that you consult an attorney in your area regarding legal matters and an accountant regarding tax matters.